Leave it to Beaver
No television show better encompassed the conservative values, beliefs and attitudes of the 1950s than “Leave it to Beaver” which first aired in October of 1957. The narrative within the show largely addressed four main issues: marriage, family, education and occupation.
Set in the suburbs, “Leave it to Beaver” depicted the idyllic family life that many Americans dreamed of but perhaps couldn’t realistically attain
Unlike many other popular TV shows at the time that centered around the parents, “Leave it Beaver” centered around the point of the view of the children. It followed the two sons of the Cleaver family, Beaver and Wally. In each episode one of the boys would end up getting into some sort of mischief and the parents would lecture them as to the importance of staying out trouble. Nearly all the characters within the show were white and middle class, something that was all too common at the time.
The parents of Wally and Beaver, June and Ward reflected traditional gender roles for men and women within the nuclear family. June, the matriarch is depicted as a loving, caring housewife who cares for the house and the children, while largely leaving the disciplinary actions to the father. Ward, the patriarch embodied the traditional male role, as the hard-working, educated middle class business professional with a steady office job; in charge of disciplining his sons and making sure they stay on the right path.
Both Ward and June embodied the traditional gender roles and middle class values that were pervasive and thought to be normal in the fifties. This show was largely a way of normalizing middle class values and beliefs for the American public at large. It implied to have a happy, successful life the men go to work and bring home the money, and the woman stays home caring for the house and the children.

Father Knows Best
“Father Knows Best”, first aired on television in October of 1954. It follows the Anderson family, parents Jim and Margaret, and their three kids Bud, Betty, and Kathy. This show typified the paternalistic and conservative nature of the American family of the 1950s. The father, Jim, an insurance agent, embodied the responsible, hard-working adult male who was expected to bring home the money and preside over the family. The mother, Margaret was depicted as the patient wife and mother who was in charge of taking care of the home and the children. The eldest daughter Betty was portrayed as a boy crazy, status seeking teenage girl, and the younger daughter Kathy or “Princess” is portrayed as whiny and constantly crying about being overlooked by the family. Bud the only son is depicted as not being the brightest, but still capable enough to come to the aid of his two sisters.

This show exemplifies how women as wives, sisters, and daughters were not given much respect on television at this time, and were relegated to rather simplistic, circumscribed roles. Like many television shows at the time, men and women were given clearly defined roles based on their gender. Clearly this show demonstrates how television producers in the 1950s often utilized stereotypical representations of men and women. 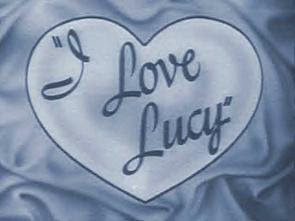 I Love Lucy
“I Love Lucy” first aired on television in the fall of 1951. It largely centered around husband Ricky Ricardo, his wife Lucy, and their landlords and friends Ethel and Fred Mertz. On the show Lucy embodied the traditional role of women within the family at the time as a devoted housewife and attentive mother. She is often depicted as being careless with money and having a knack for getting in trouble, needing her husband Ricky to come to the rescue and save her.

Although, Lucy largely typifies the stereotypical ideal of women at the time, she is often depicted as wanting to challenge her traditional role as housewife and join her husband Ricky in show business, much to the dismay of her husband. This does though exemplify how television became a way through which women could eventually contest their traditional gender roles within the family.

COMT105Project
This blog is designed to show the family dynamics and structure in television sitcoms over the course of television history. The family structure seen in these sitcoms often reinforces stereotypes that already exist in American culture. However there are some shows that contest these already present stereotypes and combat them in different ways. This blog will recap previous shows dating from the 1950s to present time and explore what stereotypes were presented through the family structure; this will compose the archival data. The new and present data will revolve around current shows that are in circulation today and what stereotypes are being reinforced and countered as well as new stereotypes that are being formed. There is always room to leave comments on any of the posts; this area is intended to facilitate discussion on the matters present. Here you can voice your opinion on the subject and even introduce new ideas and topics.